The global physical security market was valued at $110.2 billion in 2021 and it is expected to reach $240.2 billion at a CAGR of 7.3% between 2022 and 2032. Physical security is a type of protection that is provided to people, property, and essential assets from any kind of damage or loss. In modern days, along with cyber security, physical security is also important. Therefore, the increasing demand for this has been driving market growth over the last few years.

By region, North America is dominating the physical security market across the globe. 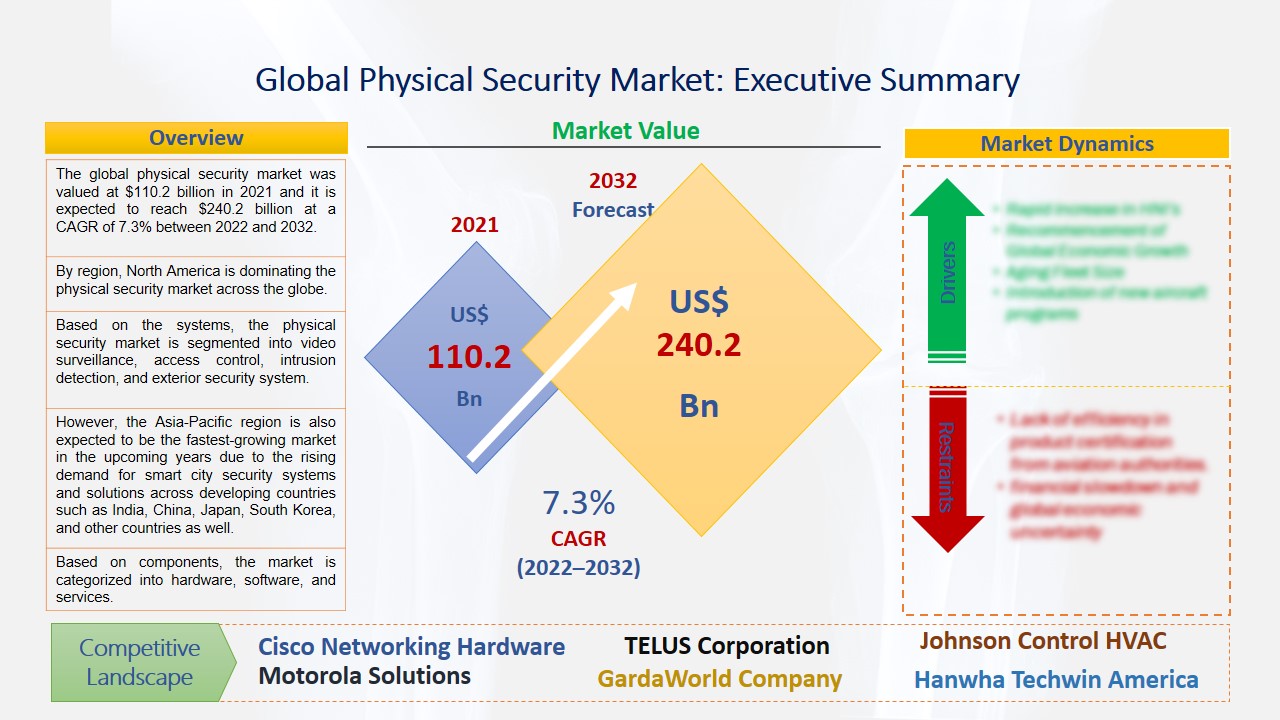 Based on end-user, the global physical security market is segmented into government, transportation, banking and finance, utility and energy, residential and commercial, retail, hospitality, manufacturing industries, and others. The residential and commercial segments are anticipated to witness significant growth during the forecast period due to the rising number of thefts, losses, and other attacks. Based on regions, the market is categorized into North America, Europe, Asia-Pacific, Latin America, Africa, and the Middle East Countries. Among these regions, North America has been dominating the physical security market across the globe. Adoption of advanced technologies is increasing in this region including cyber security and physical security solutions in small, medium, and large number of enterprises. Moreover, other sectors such as airports, seaports, railways, bus stoppages, and other highway roads are focusing on adopting physical security integration systems to protect their citizens from terror attacks, theft, and other things. However, the Asia-Pacific region is also expected to be the fastest-growing market in the upcoming years due to the rising demand for smart city security systems and solutions across developing countries such as India, China, Japan, South Korea, and other countries as well.

The Global Physical Security Market Has Been Segmented Into: