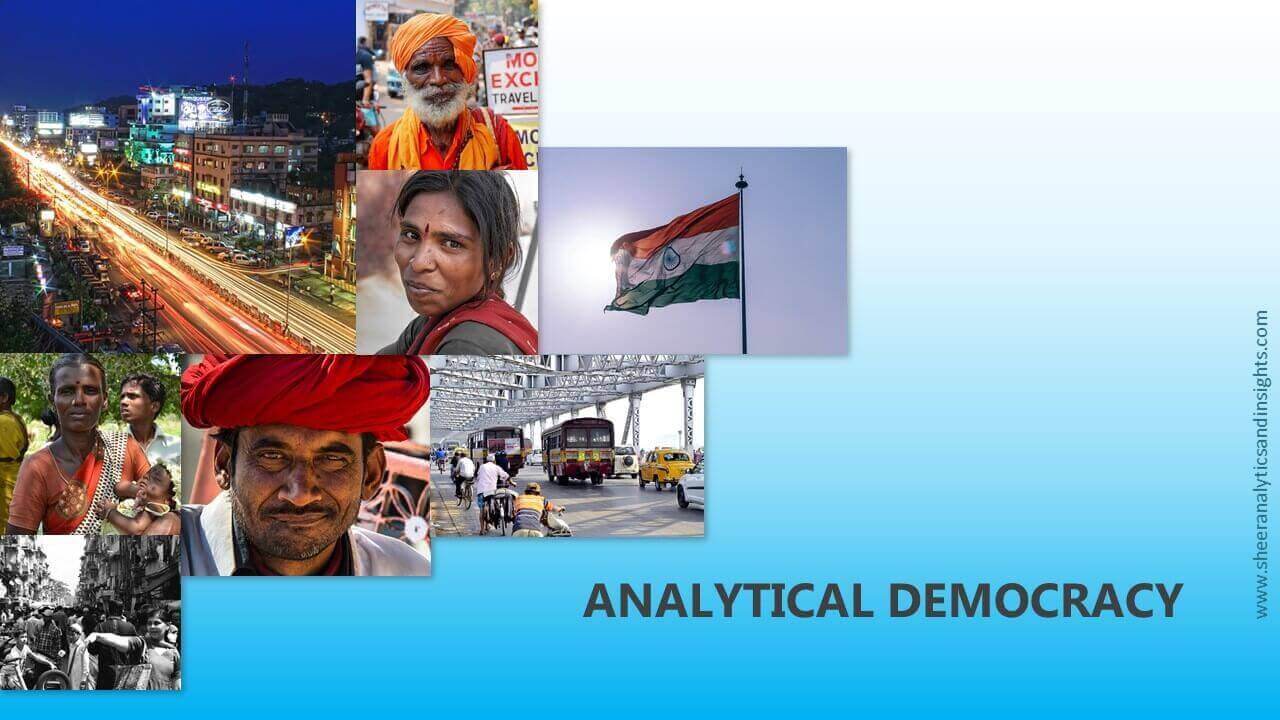 The Indian general election 2019 is just around the corner and its time for the political endgame!

As per our analysis, it seems that, come what may, unless there is a major upset in the last minutes, NDA is going to form the government for the second term.

Here is the probable statistics: The key factors that would go in favour of the ruling government at the center are as follows:

·         Loss of political narrative of the opposition post Balakot incident

·         Impact of A-SAT is fresh and might influence urban voters

·         Half of the election takes place in the month of May. The impact of the new tax regime will be seen in the April salary of most urban voters. The significant savings due to reduced tax regime which will lead to no tax for a huge number of professionals will have an impact on urban areas.

·         Amongst the rural population, a divided opposition without any distinctive issue-based politics will reduce opposition’s chances.

·         Since the last 5 state assembly elections NDA government will expect to gain around 4 – 5 % of the vote share from the 5 states that went to poll. This is decisive in states like Chhattisgarh, Madhya Pradesh, and UP.

·         Failure of Congress to create or join any alliance and multi-pronged elections will favour the ruling government.

·         The opposition has lost significant ground in the state of Maharashtra, and, BJP and Shiv Sena alliance in the state is expected to sweep the state. There is no political narrative of the opposition to counter this alliance.

·         For opposition in states like UP with SP and BSP coming together the arithmetic of election would be against the ruling party, as seen in the Gorakhpur case, where NDA gained 6% vote from the last election but still lost out because of consolidation of BSP and SP votes.

·         The loss of Rajasthan, Madhya Pradesh, and Chhattisgarh would mean Congress would be in control of the state machinery when these three states go to polls. The same would be also happening in states like Karnataka.

·         Anti-incumbency might play a role in states of Bihar and definitely Jharkhand. In the state of Jharkhand, there is visible discontent against the ruling government of the state.

NDA will be very close to the majority mark. And, with other parties such as AIADMK, BJD, and TRS supporting BJP, they might cross the magic figure of 300.

While multiple factors will be in play across the various states, we have created a special predictive analysis of a few states which will hold special interest. The following figures show the probable results in the states of Uttar Pradesh (UP), Bihar, Jharkhand, Maharashtra, and West Bengal. In Jharkhand, refusing a ticket to honest long-term serving members like Kariya Munda, who also happens to be seven-time MP, will have a negative impact on people’s mindsets about BJP. There has been a question mark on the candidature of many from BJP in Jharkhand, and that will also impact negatively the people’s mindset. In West Bengal, this election will be important in many factors. The state is going to assembly election as well pretty soon, and the general election will give a better insight into the people’s mindset and views. The following factors will be in play in West Bengal:

·         There is anti-incumbency in the state which the Trinamul government refuses to address. However, in an election that would be held under the vigil of CEC and Central Forces, this discontent might suffice. Trinamul has not allowed this discontent to surface in the past during panchayat, municipal/assembly election, and hence, the central Lok Sabha election might act as a vent for even grassroot issues.

·         Trinamul has underestimated the power of BJP in the state. If BJP cadres, according to the local MLA, has the audacity to destroy Trinamul offices in a Trinamul bastion like Tamluk, then there is a cause of worry for the state government.

·         A lot of BJP candidates who were unknown in 2014 have become household names. People know the names of these candidates. And, this would bring up the vote share by 2 – 3% in favour of BJP.

·         TMC with 34 seats in the parliamentary election did not have any power to bargain development for the state. They could not play any significant role in the opposition as well in terms of policy issues. One MP who became minister of state had more impact towards the cause of the state than 34 MPs of TMC. People might take cognizance of this. However, TMC will still win the state although it might lose 6 – 8 seats in the state.

India being such a diverse nation, and the world’s largest democracy, has always attracted global attention to its election process. There are numerous factors that go into deciding the final result of every election, and this year it isn’t going to be any different. Analysts and researchers at Sheer Analytics and Insights have tried to create the most probable outcome scenario. However, the result remains to be seen, and cannot be predicted with certainty till the last vote has been cast. The Great Indian Democracy show is on!

We urge every adult citizen of this great nation to caste your vote and fulfill your duty towards the Indian constitution. Rely on your best judgment while doing so and avoid taking judgment based on unverifiable news. Let us do our bit to create a better India for every citizen, both present and future!

A Sheer Analytics and Insights research and predictive analysis