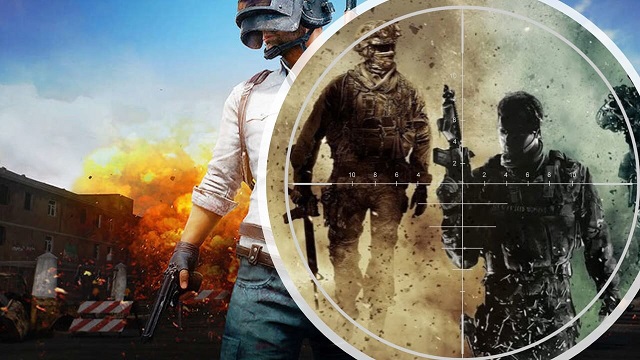 For teenagers and children, gaming has always been a matter of craze and immense joy. Decades ago, computer games were the only source of gaming. But now with the changes and modifications in the computers and also with the advent of smartphones, gaming has reached a new height. Games like Road Rash, GTA Vice City, Clash of Clans and others made their universal significance; but in the present date, games like PUBG has caused a booming expansion of the globing gaming market with millions of fans downloading and playing the game. PUBG is now the latest gaming addiction for the online FPS game lovers. However, as per the latest news, Call of Duty is back in the gaming scene which is one of the biggest global entertainment franchises.

Yes, you heard me right. Call of Duty is finally coming to your Android and iOS handset. The game will get published in partnership with Tencent. It is expected that the game is going to give tough competition to the popular game Player Unknown’s Battlegrounds (PUBG). At the Game Developer Conference (GDC), at its annual keynote address, the company offered the first look of the exclusive Activision’s Call of Duty Mobile.

Call of Duty and its comparison with PUBG

What has Tencent got to do with the release of Call of Duty mobile?

Apart from the soaring success of the PUBG mobile, Tencent is also the main publisher of the Honor of Kings and Fortnite Battle Royale, which was one of the most popular games back in 2017. Tencent is also not new to the world of Call of Duty either, as Tencent was hosting the Call of Duty online already. They were also given permission and license to allow the game run in China. Thus, taking the earlier records of Tencent online, it is very natural for the Activision team to go for outsourcing the Call of Duty mobile version development.

What’s inside the Call of Duty mobile?

Already, the Call of Duty has got 15 titles in the global market. It has been one of the most revolutionary series to date. It won't compromise on various classic maps like Crash, Hijacked and Nuketown. Although only five v/s five formats were displayed at the GDC 2019, there were also suggestions that there would also be huge battle royale format.

Both IOS and Android users could get themselves registered on the official website of the Call of Duty for accessing the public beta version. Globally, the gaming market is growing due to the rise in the globalization which has resulted in the converged business models and platforms. The gaming industry has developed a lot in recent years and with the introduction of new games in the market, the gaming industry is expected to expand gradually.