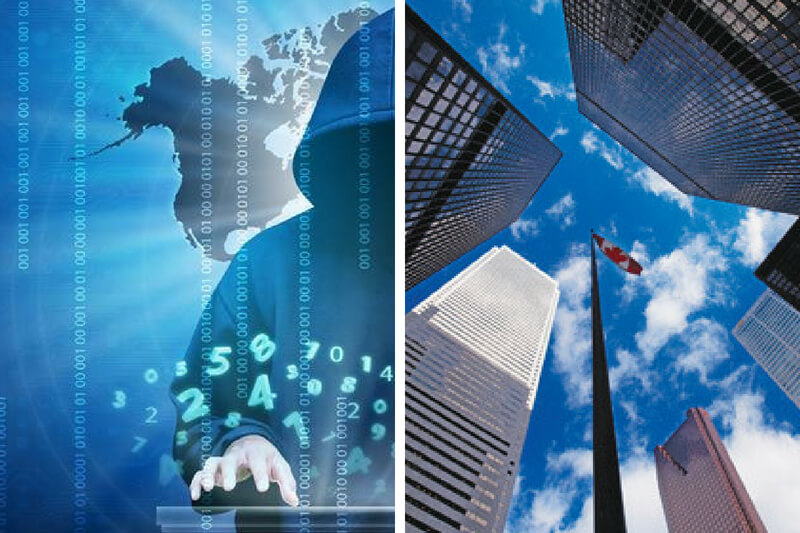 The internet opens up a world of unlimited possibilities. But, while being a boon to the society, on one hand, it has also become a cause of bane for mankind on the other. The growing use of internet has led to the rise of cybercrime on a global scale. On 28th may, the Canadian Imperial Bank of Commerce and Bank of Montreal claimed that the data of almost 90,000 customers had been stolen by the cyber attackers. On 27th may, the Bank of Montreal; Canada’s fourth-largest lender was called up by the cyber attackers who claimed that they were in the possession of all the financial and personal details of the bank’s selected customers.

A spokesperson for the bank believed that out of 8 million customers of the bank, near about 50,000 customers bank accounts were hacked. But the spokesperson is unsure if any of the customers lost money in the cyber attack. He also said that they were threatening to reveal the data of the customers making it a public data. The bank is now under severe turmoil and is conducting a thorough inquiry and investigation on this matter. The officials of the Bank of Montreal believe that the attack was originated from outside the nation.

Apart from these two banks, no other Canadian banks have been affected or attacked by the cyber attackers. According to the recent news, six of the largest banks in Canada are now collaborating with the Bank of Canada to gear up defense strategies against the malicious cyber attacks. The cyber security market is growing with the increase in the number of global cybercrimes. Cyber attacks are becoming very common these days as these attackers target the prosperous business organizations like banks and other financial institutions from where they extract a huge amount of money through easy hacking of all the sensitive information. Last year, that is in the year 2017, there were reports that near about 145.5 million US social security numbers, 146.6 million names and date of birth, 209,000 payment card numbers along with card expiration dates and 99 million addresses were stolen in a malicious cyber attack.