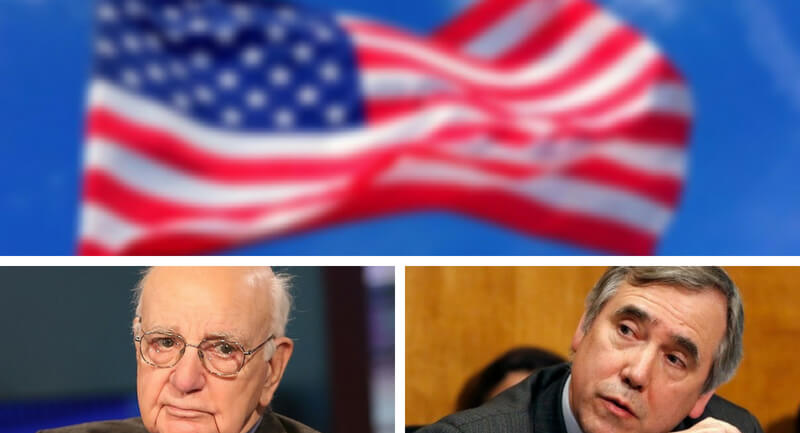 The US regulators proposed on Wednesday a simpler ‘Volcker Rule’, that was originally introduced after the financial crisis (2007-2009), that prohibited the lenders that receive deposits insured by US taxpayers from investing in private equity funds, hedge funds, or other such investment models, or get involved in proprietary trading. This will ensure that compliance process becomes simpler.

The rewriting of the Volcker Rule is just another step taken by the US regulators under the US President Mr. Donald Trump. This is meant to ease the rules that were introduced by Dodd-Frank financial reform law of 2010 in a bid to boost the economy and improve lending. From quite a long time, banks have been complaining about the unfair rule that was having a negative impact on the non-US operations of many banks since it broadly included all financial institutions that deal with the US or have relationships with affiliates that deal with the US. The rewrite seeks to clarify those trades that qualify for safe harbors, such as when the banks enable the client trades by hedging risks and expanding those exemptions.

Charles Horn, a partner at the law firm of Morgan Lewis in Washington said that the proposal that is released on Wednesday mainly contains the various elements which directly benefits the global banks as well as the financial institutions of the US. The proposal also addresses some of the common problems that are related to the overseas funding that includes an extension for another one year.

It has been noted that the almost 18 banks of the country with more than trading assets of $10 billion face the most rigorous rules. Banks with trading assets in between $1 billion and $10 billion would avail the benefit of the simpler rule set, while those banks with less than $1 billion in trading assets would be presumed as compliant. The rule was overseen by the US regulators and the Federal Reserve. This proposal would also cut out the subjective standard that assumed the bank’s short-term trading.

Major financial institutions are hiring firms providing market research services & IT consulting to get a better idea of the market trends and the impact of various legal changes. The global business is constantly changing, making it mandatory to get professions do these jobs.